Do you love gardening quotes? I know I do, so I’ve put together my very favorite quotes about gardening to share with you for inspiration!

Tending a garden is such a rewarding hobby. Reading gardening quotes always inspires me to take even better care of my plants, and remember how much enjoyment a garden provides.

I’ve illustrated each of these garden quotes with a photo, perfect for saving to your Pinterest gardening board.

I hope you enjoy these quotes about gardening as much as I do. Use your favorites for scrapbooking, journaling, and Instagram captions, or just for some inspiration to appreciate your garden even more!

Looking for quotes about indoor plants? Check out my Inspirational Houseplant Quotes!

Disclaimer: we may receive a small commission when you make a purchase from a link on this site, at no added charge to you. See our disclosure policy for more info.

1. “My garden is my most beautiful masterpiece.” — Claude Monet

Oscar-Claude Monet (1840-1926) was a French Impressionist painter best known for his plein-air landscape paintings. Monet’s gardens at Giverny were a source of inspiration for the artist for decades.

2. “There are no gardening mistakes, only experiments.” — Janet Kilburn Phillips

Janet Kilburn Phillips, a California-based British expat, is a gardener and garden coach. Kilburn Phillips teaches people how to garden using traditional methods and without pesticides.

3. “Gardening requires lots of water—most of it in the form of perspiration.” — Lou Erickson

Louis Bernard Erickson (1913-1990) was an American illustrator, cartoonist and humorist. Erickson was the editorial page cartoonist for the Atlanta Journal from 1961 until 1982.

Mary Cantwell (1930-2000) was an American journalist and memoirist who wrote for the New York Times, Mademoiselle, and Vogue. Cantwell is also known for the series of three memoirs she wrote during the 1990s.

5. “Gardens are not made by singing ‘Oh, how beautiful,’ and sitting in the shade.” — Rudyard Kipling

Joseph Rudyard Kipling (1865-1936) was an English short story writer, novelist, journalist, and poet. Kipling was born in India to British parents, and that country inspired much of his writing including his most famous work The Jungle Book (1894).

6. “When the world wearies and society fails to satisfy, there is always the garden.” — Minnie Aumonier

Minnie Aumonier (1866-1952) was a British costume designer, poet and painter. She was a member of the illustrious Aumonier family of artists.

7. “To forget how to dig the earth and to tend the soil is to forget ourselves.” — Mahatma Gandhi

Mohandas Karamchand Gandhi (1869-1948) was an Indian anti-colonialist nationalist, lawyer, and political ethicist. Gandhi is commonly considered to be India’s Father of the Nation.

8. “A garden is a grand teacher. It teaches patience and careful watchfulness; it teaches industry and thrift; above all it teaches entire trust.” — Gertrude Jekyll

Gertrude Jekyll (1843-1932) was a British garden designer, craftsperson, photographer, writer and artist. She created hundreds of gardens in Europe and the US, and also wrote more than a thousand magazine articles for publications including Country Life and The Garden.

9. “A house without a garden or orchard is unfurnished and incomplete.” — A. Bronson Alcott

Amos Bronson Alcott (1799-1888) was a pioneering American educator, writer, and philosopher. Today Alcott is best known for being the father of writer Louisa May Alcott, whose novel Little Women (1868) was a fictionalized version of their family life.

10. “It was such a pleasure to sink one’s hands into the warm earth, to feel at one’s fingertips the possibilities of the new season.” — Kate Morton

11. “Gardening simply does not allow one to be mentally old, because too many hopes and dreams are yet to be realized.” — Allan Armitage

12. “There can be no other occupation like gardening in which, if you were to creep up behind someone at their work, you would find them smiling.” — Mirabel Osler

Mirabel Osler (1925-2016) was an English writer and garden designer. Osler regularly wrote for the gardening magazine Hortus, and was also known for her 1989 book A Gentle Plea for Chaos, based on her experiences in her Shropshire garden.

13. “One of the most delightful things about a garden is the anticipation it provides.” — W. E. Johns

William Earl Johns (1893-1968) was an English adventure writer. Although best known for his books on aviation, pirates, and treasure hunting, Johns also penned an entertaining book of gardening anecdotes, The Passing Show (1937).

14. “I love spring anywhere, but if I could choose I would always greet it in a garden.” — Ruth Stout

Ruth Imogen Stout (1884-1980) was an American gardening writer known for her “No-Work” method of gardening. Stout planted her first garden in middle age, and developed a year-round mulching method that eliminated much of the labor needed for traditional gardening techniques.

15. “If you’ve never experienced the joy of accomplishing more than you can imagine, plant a garden.” — Robert Brault

Robert Brault is a freelance writer and blogger known for his garden quotes and reflections. Brault’s work has also been published in various newspapers and magazines in the US.

16. “Gardening is cheaper than therapy and you get tomatoes.” — Author unknown

This gardening quote is a favorite, but I’ve never been able to find its author. If any reader knows for sure who said this quote, please let me know in the comments below. I’d love to update the post to give credit!

17. “In almost every garden, the land is made better and so is the gardener.” — Robert Rodale

Robert David Rodale (1930-1990) was an American gardener, publisher, and Olympic athlete. Rodale was an advocate for organic farming and regenerative agriculture, and published lifestyle magazines and books focusing on health and wellness.

18. “In the spring, at the end of the day, you should smell like dirt.” — Margaret Atwood

Margaret Eleanor Atwood (1939-) is a Canadian novelist, poet, environmental activist, and inventor. Since 1961, Atwood has published 18 books of poetry, 18 novels, 11 books of nonfiction, nine collections of short fiction, eight children’s books and two graphic novels. Several of her projects have been adapted for film and TV, including The Handmaid’s Tale and Alias Grace.

19. “When I go into the garden with a spade, and dig a bed, I feel such an exhilaration and health that I discover that I have been defrauding myself all this time in letting others do for me what I should have done with my own hands.” — Ralph Waldo Emerson

20. “I’ve always felt that having a garden is like having a good and loyal friend.” — C. Z. Guest

Lucy Douglas “C. Z.” Guest (1920-2003) was an American socialite and fashion designer who was also known for being a stage actress, author, columnist, and horsewoman. After a 1976 equestrian accident, the New York Post asked Guest to write a gardening column. Her first book, First Garden, featured illustrations by Cecil Beaton.

21. “I have never had so many good ideas day after day as when I worked in the garden.” — John Erskine

John Erskine (1879-1951) was an American author, educator, pianist and composer. He was an English professor at Amherst College and later at Columbia University, as well as the first president of the Juilliard School of Music. Erskine published more than a hundred books, novels, and essays including 1915’s The Moral Obligation to Be Intelligent.

22. “Coffee. Garden. Coffee. Does a good morning need anything else?” — Betsy Cañas Garmon

Betsy Cañas Garmon is an Atlanta-based artist, writer and transition coach. Garmon helps people expand their self-awareness by teaching the tools that transformed her own life.

23. “A weed is a plant that has mastered every survival skill except for learning how to grow in rows.” — Doug Larson

Alice Malsenior Tallulah-Kate Walker (1944-) is an American novelist, short story writer, poet, social activist, and feminist. Walker won a Pulitzer prize for her 1982 novel The Color Purple, which was later adapted for film.

25. “Do not spread the compost on the weeds.” — William Shakespeare

William Shakespeare (1564-1616) was an English playwright, poet, and actor, often considered the greatest English-language writer. His works include 39 plays,154 sonnets, and three long narrative poems. Shakespeare’s plays are still performed more often than those of any other playwright.

26. “The most lasting and pure gladness comes to me from my gardens.” — Lillie Langtry

Emilie Charlotte Le Breton Langtry (1853-1929) was a British socialite, actress and producer. Known as “The Jersey Lily”, Langtry was well-known to the public for her beauty and acting talent, as well as for her high-profile relationships with several noblemen including the Prince of Wales (later Edward VII).

27. “In every gardener there is a child who believes in The Seed Fairy.” — Robert Brault

Robert Brault is a freelance writer and blogger known for his garden quotes and reflections. Brault’s work has also been published in various newspapers and magazines in the US.

What’s your favorite quote about gardening? Share it in the comments below (and let me know if you have any other inspirational gardening quotes I might have missed!)

Looking for quotes about indoor plants? Check out my Inspirational Houseplant Quotes!

GET A FREE PLANT CARE TRACKER!

Sign up for the Leafy Little Home newsletter, where we share plant tips and inspiration to turn your space into a green oasis. Plus, we’ll send you a handy printable Plant Care Tracker, absolutely free!

By signing up you agree to receive the Leafy Little Home newsletter. Unsubscribe at any time. 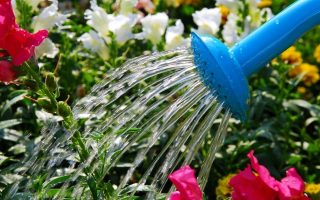 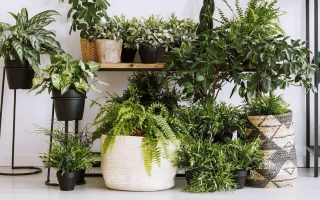 About The Leafy Little Home

Here at The Leafy Little Home, we’re obsessed with plants you can grow in containers, both indoors and outside.

Whether you live in a tiny studio apartment or dorm, a spacious house, or anything in between, you’ll find inspiration to turn it into your own leafy little home.

houseplants 🎍container gardening 🌱 and plant inspiration 🏡
Check out our blog at leafylittlehome.com

"A beautiful plant is like having a friend around

So thrilled with my first subscription box plant f

I ❤️ Swedish ivy 😍 Just potted some of the

Made a cute #trashtoterracotta cachepot for little

⁠Some of my new succulent babies, just soaking u

My newest addition: an arrowhead plant 🌱 with g

So happy to see a teensy bit of sun peeping throug

How to Water Succulents in Containers3K Total Shares 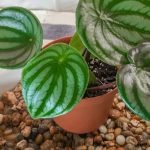 How to Make a Pebble Tray for Plants792 Total Shares 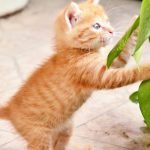 15 Houseplants That Are Toxic to Cats509 Total Shares 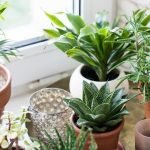 Check out the latest web stories from Leafy Little Home!